Home > Library > No time to mourn : the true story of a Jewish partisan fi... 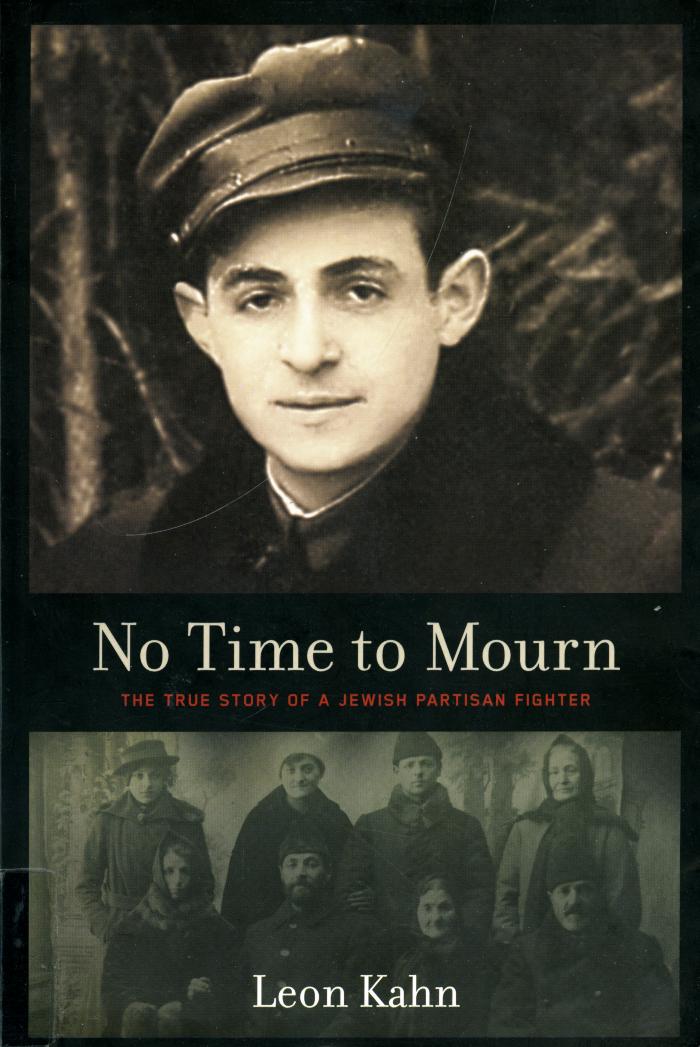 No time to mourn : the true story of a Jewish partisan fighter

Find or request this item
No time to mourn : the true story of a Jewish partisan fighter
Call No: 940.5485 K12n 2004
Available
Call Number940.5485 K12n 2004
Dates[2004]; ©2004
Statement of ResponsibilityLeon Kahn ; as told to Marjorie Morris ; introduction by Allan Levine.
Creators & ContributorsKahn, Leon (author)
Morris, Marjorie (author)
Levine, Allan Gerald (contributor)
Vancouver Holocaust Education Centre (contributor)
Kahn, Leon (subject)
Summary"Growing up Jewish in the little town of Eisiskes on the Polish-Lithuanian border, Leon Kahn experienced a peaceful childhood until September 1, 1939, when Hitler's forces attacked Poland. Two years later, when he was only sixteen years of age, Kahn watched as the women and children of his community were herded into a gravel pit and murdered. Realizing that to stay meant certain death, Kahn fled with his father, brother and sister to the nearby forests and the uncertain welcome of a few farmers who, at risk to their own lives, would offer temporary food and shelter. Kahn tells the little-known story of the family groups of Jews and partisan fighters who roamed the forests outside the towns in search of food and weapons. In 1942 Kahn joined the partisans, received professional guerilla training, and became an expert in derailing German trains. The story of the partisan struggle is as engrossing as it is terrible, for Kahn describes in graphic detail why it was impossible in those uncertain times to know who was friend and who was enemy. Kahn's memoir ends with his immigration to Canada in 1948, and his discovery in Vancouver that finally he had 'as much right to walk on the sidewalk as anyone else.'" —Back cover
ContentsIntroduction / Allan Levine
Prologue
Vancouver: 1948 Epilogue
Physical Description 216 pages, 16 unnumbered pages of plates : illustrations, maps, portraits ; 23 cm
Carrier Typevolume
LanguageEnglish
PublisherVancouver, BC : Ronsdale Press & Vancouver Holocaust Education Society
NotesIncludes index
Permalinkhttps://collections.vhec.org/Detail/objects/5724

No time to mourn : the true story of a Jewish partisan fighter