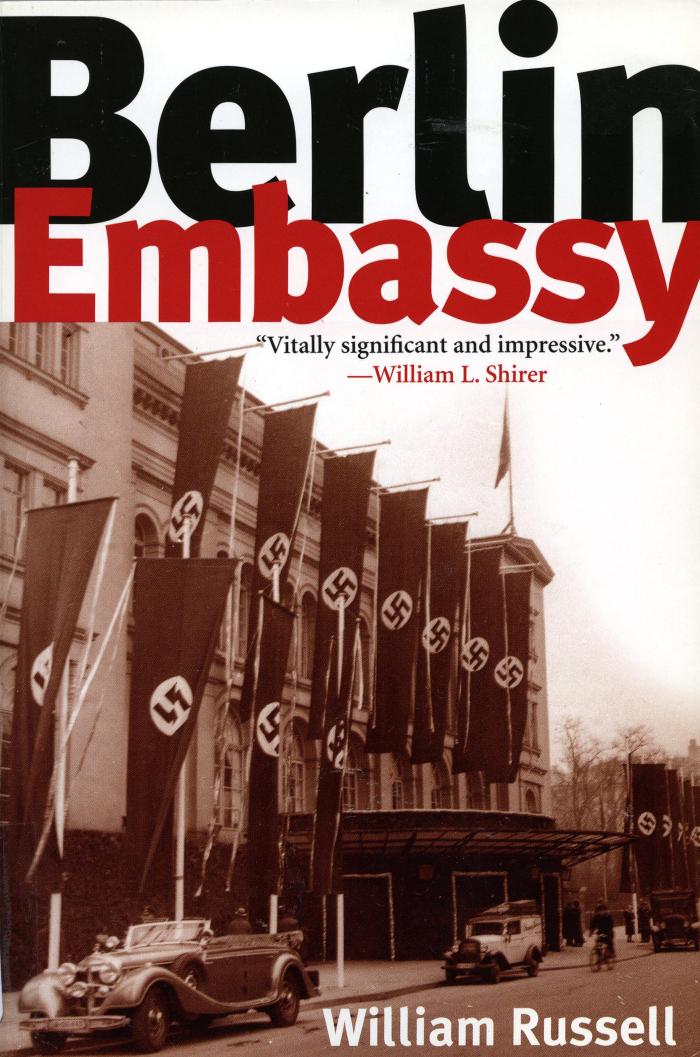 Find or request this item
Berlin embassy
Call No: 943.155 R96b
Available
Call Number943.155 R96b
Dates2005; 1941
Statement of ResponsibilityWilliam Russell.
Creators & ContributorsRussell, William (author)
SummaryFirst published in 1941 to considerable acclaim, Berlin Embassy is the classic account of the last days of peace in Europe, and has been out-of-print for almost fifty years. William Russell was a young American diplomat working at the US Embassy, in Hermann Goering Strasses, during the grim days of 1939. He had studied in Germany, prior to becoming part of America's diplomatic mission, which placed him in a position to gain unheard of access to remote areas—both physically and ideologically—of German society during one of the most momentous times in world history. Russell does not miss any opportunity to capitalize on this unique position as he gives a totally absorbing account of both the horror and farce which so often defines such epic times. This quite remarkable account is sure to find a whole new readership.—Publisher
Contents
Physical Description 239 pages ; 21 cm
Carrier Typevolume
LanguageEnglish
PublisherNew York : Carroll & Graf
EditionFirst Carroll & Graf edition
Notes
RecognitionGifted in 2012 by Stuart Michelson
Permalinkhttps://collections.vhec.org/Detail/objects/6129