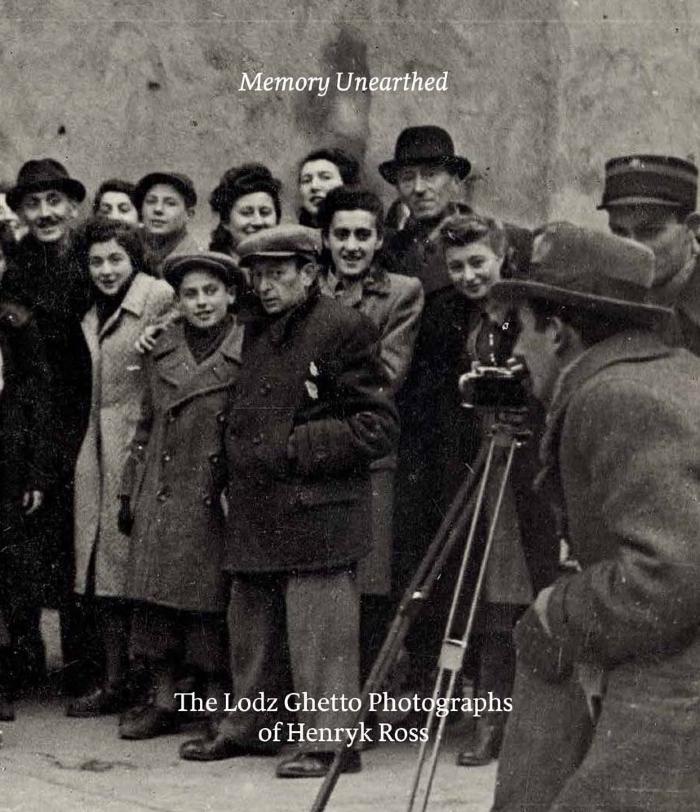 "From 1941 to 1944, the Polish Jewish photographer Henryk Ross (1910–1991) was a member of an official team documenting the implementation of Nazi policies in the Lodz Ghetto in Poland. Covertly, he captured on film scores of both quotidian and intimate moments of Jewish life. In 1944, he buried thousands of negatives in an attempt to save this secret record. After the war, Ross returned to Poland to retrieve them. Although some were destroyed by nature and time, many negatives survived. Memory Unearthed presents a selection of the nearly 3,000 surviving images—along with original prints and other archival material including curfew notices and newspapers—from the permanent collection at the Art Gallery of Ontario. Ross's images offer a startling and moving new representation of one of humanity's greatest tragedies. Striking for both their historical content and artistic quality, his photographs have a raw intimacy and emotional power that remain undiminished." —Publisher