Home > Library > The Stroop report : the Jewish quarter of Warsaw is no more! 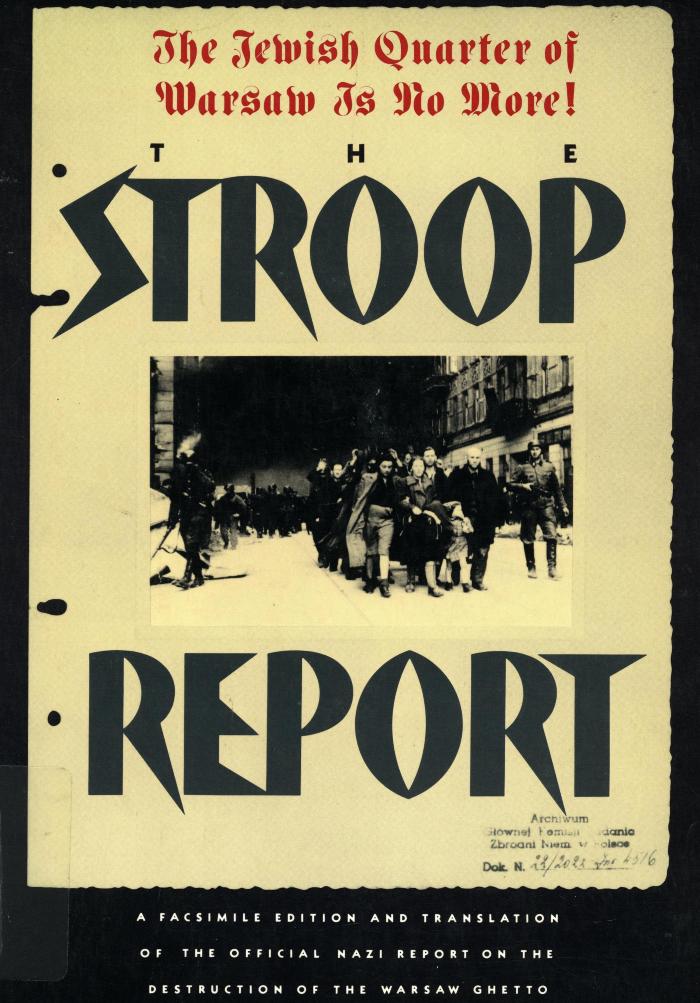 The Stroop report : the Jewish quarter of Warsaw is no more!

"The Warsaw Ghetto uprising was a unique instance of organized resistance to the Nazi program of genocide. For twenty-eight days, Jews, armed with little more than Molotov cocktails, battled an overpowering military force. The Stroop Report is the SS leader Juergen Stroop's actual record of the campaign. It includes not only his summary record and daily reports of German actions, but also over fifty photographs taken by the German forces at the time. This is a searing, powerful record of the Nazis' "grand operation" that obliterated the Warsaw Ghetto and broke resistance to further deportations to the death camp Treblinka." —Back cover