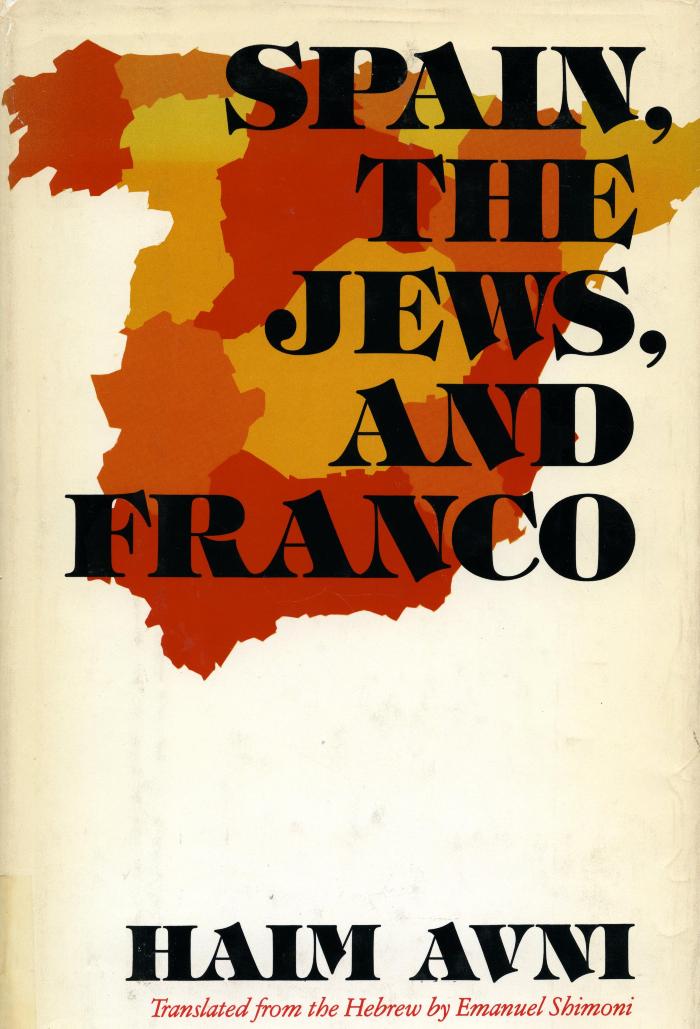 Spain, the Jews, and Franco

Find or request this item
Spain, the Jews, and Franco
Call No: 946.082 A95s
Available
Call Number946.082 A95s
Dates1982; ©1982
Statement of ResponsibilityHaim Avni ; translated from the Hebrew by Emanuel Shimoni.
Creators & ContributorsAvni, Haim (author)
Shimoni, Emanuel (translator)
SummaryThe role played by Spain during the Second World War regarding the Jews has long been a matter of controversy. This volume, first published in Hebrew to wide acclaim—it was cited as "the authoritative work on the subject and a model of its kind"—seeks to set the record straight. Based on extensive interviews and documented by materials from Spanish and Jewish archives, it offers a full and objective account of the rescue of Jewish refugees from Nazi-occupied countries by the Franco regime.

This investigation is viewed within the context of Spain's curious relationship with its Jews since the Edict of Expulsion in 1492. Spain—a Catholic state with a history of Jewish persecution dating from the Inquisition—retained a particularly ambivalent attitude toward its Jewish nationals abroad. Although the latter, mostly Sephardic Jews, were subject to the same fate as that of other Jews in Europe at the time of the Nazi scourge, they were also Spaniards by law, and therefore protected y the government of Spain against measures taken by German authorities.

Despite the Nazi war machine and franco's own political bureaucracy—as well as Allied restraints and weakness of the world Jewish organizations—Spanish foreign diplomatic representatives in Hungary, Greece, Romania, Bulgaria, and France were able to intervene to rescue thousands of Spanish and other Jews. Even after 1942, when the Final Solution was decreed, Spain continued to be a safe haven for every Jew who arrived there—and 7,500 Jews reached Spain between 1942 and the end of the war, brining the actual number of Jews saved via Spain to something under 40,000.