Home > Library > The butcher of Lyon : the story of infamous Nazi Klaus Ba... 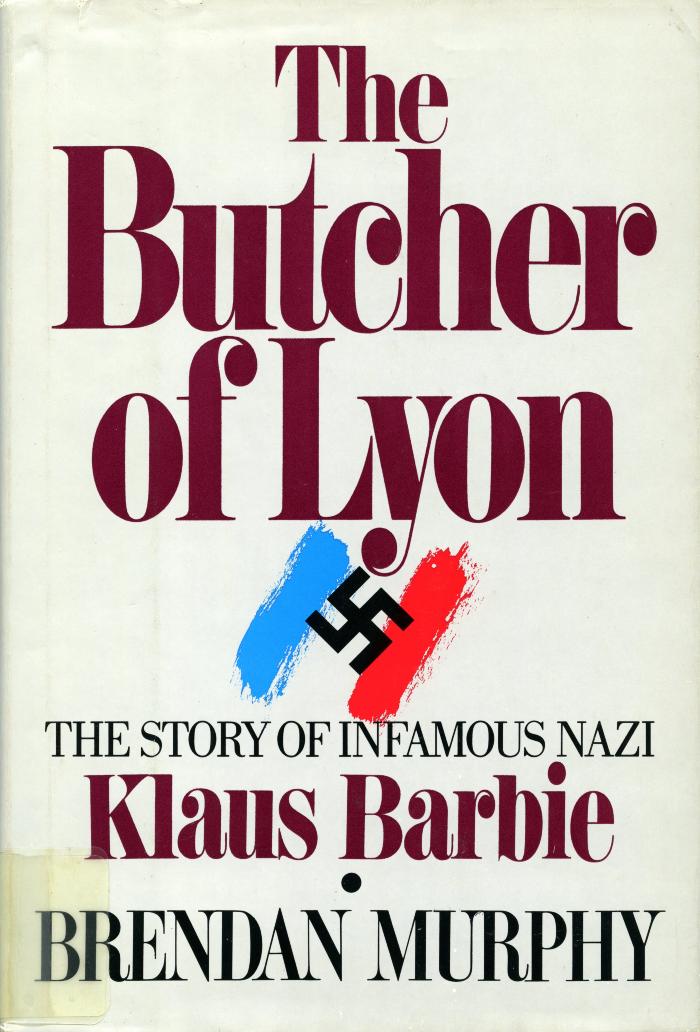 The butcher of Lyon : the story of infamous Nazi Klaus Barbie

Today Barbie is incarcerated in a French jail on a charge of crimes against humanity. Despite the fact that Barbie cannot be executed because of a new French law, his trial—the first prominent prosecution of a Nazi in almost a generation—has rekindled the question of complicity with those who designed and executed Nazi inhumanity.

Barbie's survival for almost 40 year after the commission of his crimes was made possible only by the assistance of those who would have been his natural enemies: The French, who collaborated with him during the war; American counterintelligence, which used him as an informant after the Second World War and sent him to a safe haven in South America when they feared their involvement would become known; and various South American rulers who protected Barbie for over 30 years.

The author, a bilingual American living in Paris, has spoken to scores of victims and others connected with Barbie's career in France, Germany, the United States, and South America and re-created a modern tale of astonishing dimensions.

He describes Barbies development into a Nazi youth right out of secondary school, his appointment to key position as a Gestapo chief, Barbie's capture of Jean Moulin, the leader of the French Resistance, his torture os Resistance fighters, his persecution and deportation of Jews, his turning of patriotic Frenchmen into collaborators with the Third Reich, his cleverness in finding a new life and home under American protection while avoiding French justice, his rise to a powerful position of intelligence advisor to the leaders of Bolivia.

Discovered in South America by a husband-and-wife team of Nazi hunters, Barbie continued to elude prosecution for a decade, until a sudden change in Bolivian government triggered his secret expulsion to French territory.

The author shows how barbie manipulated society for 40 years and played on the worst instincts of man to ensure his own survival. His pending trial in Lyon will be witness not only to his culpability but to the fact that evil requires willing accomplices. —Book jacket