Home > Library > The Italians and the Holocaust : persecution, rescue, and... 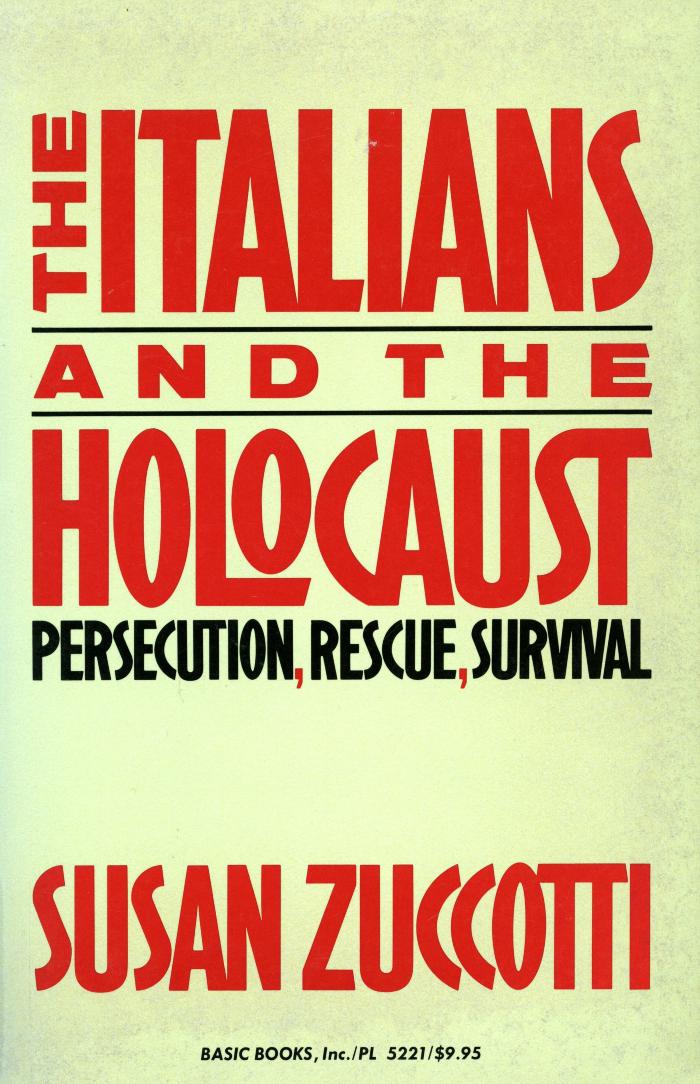 The Italians and the Holocaust : persecution, rescue, and survival

Find or request this item
The Italians and the Holocaust : persecution, rescue, and survival
Call No: 945.091 Z94i
Available
Call Number945.091 Z94i
Dates©1987
Statement of ResponsibilitySusan Zuccotti.
Creators & ContributorsZuccotti, Susan (author)
SummaryEighty-five percent of Italy’s Jews survived The Second World War. Nevertheless, more than six thousand Italian Jews were destroyed in the Holocaust and the lives of countless others were marked by terror. Susan Zuccotti relates hundreds of stories showing the resourcefulness of the Jews, the bravery of those who helped them, and the inhumanity and indifference of others.

For Zuccotti, the Holocaust in Italy began when the first “black-shirted thug” poured a bottle of castor oil down the throat of his victim, or when the dignity of a single human being was violated. She writes: “We might examine again how most Italians behaved from the onset of fascism. . . . Did they do as much as they could? Or should they, and the Jews as well, have recognized the danger sooner, with the first denial of liberty and free speech? We might also ask ourselves whether we, as creatures without prejudice, would act as well as most Italians did under similar pressures. Would we risk our lives for persecuted minorities? Would we be more sensitive to the first assaults upon our liberties, when the only ones really hurt in the beginning are Communists, Socialists, democratic anti-Fascists, and trade unionists? And finally, we might be more aware than we are of the horrors that a racist lunatic fringe can commit, even in the best of societies.”—Publisher