Home > Library > The rescue of the Danish Jews : moral courage under stress 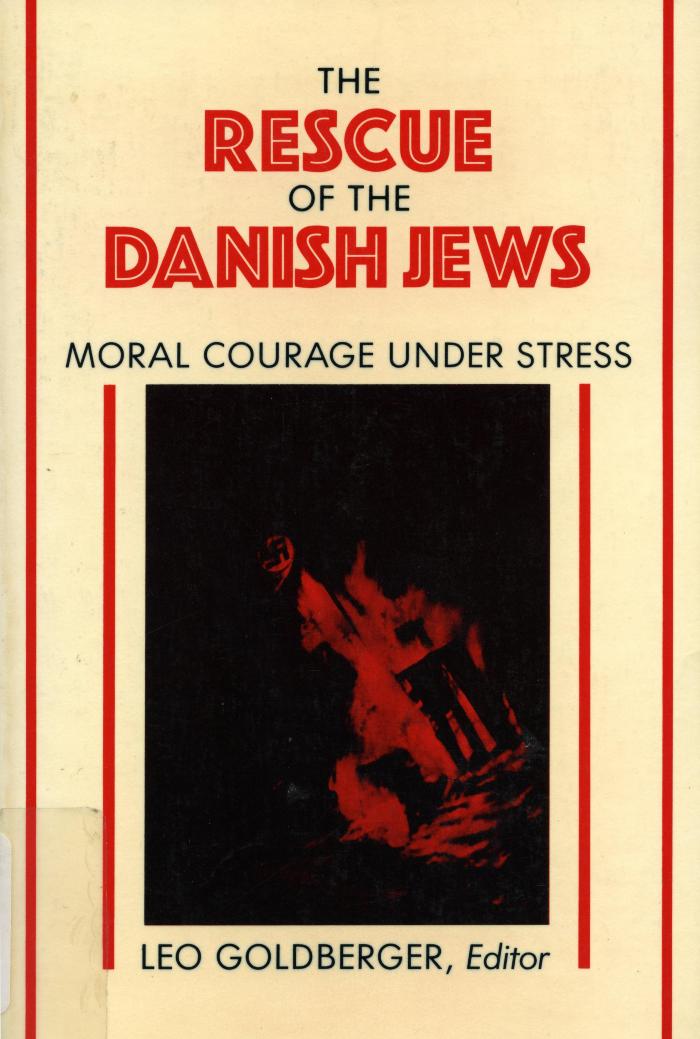 The rescue of the Danish Jews : moral courage under stress

Find or request this item
The rescue of the Danish Jews : moral courage under stress
Call No: 948.9051 R431
Available
Call Number948.9051 R431
Dates[1987]; ©1987
Statement of ResponsibilityLeo Goldberger, editor.
Creators & ContributorsGoldberger, Leo (editor)
Falik, Leon A. (contributor)
Abrahamsen, Samuel (contributor)
Hæstrup, Jørgen (contributor)
Melchior, Bent (contributor)
Pundik, Herbert (contributor)
Koppel, Valdemar (contributor)
Besekow, Sam (contributor)
Kieler, Jørgen (contributor)
Tanenbaum, Marc H. (contributor)
Pelikan, Jaroslav (contributor)
Kernberg, Otto F. (contributor)
Cohen, Arthur A. (Arthur Allen) (contributor)
Summary"In late September 1943, when the congregation at Copenhagen's synagogue gathered to celebrate the coming of the Jewish new year, it was instead told to disband, to return home and prepare as soon as possible to go into hiding. The news set into motion a chain of events that led, in the ensuing weeks, to the entire Danish nation acting as one to shield its Jewish brethren and to send them to safety. Of the 8,000 Jews in Denmark, more than 7,200 were helped to nearby neural Sweden where most survived the war to return home to liberated Denmark. The story is one of the most remarkable chapters in human history; to understand the historical, political, and psychological factors that might account for this rescue is indeed of lasting significance. In The Rescue of the Danish Jews, a distinguished group of internationally known individuals, Jews and non-Jews, rescuers and rescued, offer their enriching first-person accounts and reflections that explore the question: Why did the Danes risk their lives to rescue their Jewish population? What can help us to understand their behavior?" —Back cover
ContentsForeword / Leon A. Falik
Editor's Preface
Acknowledgments
Contributors