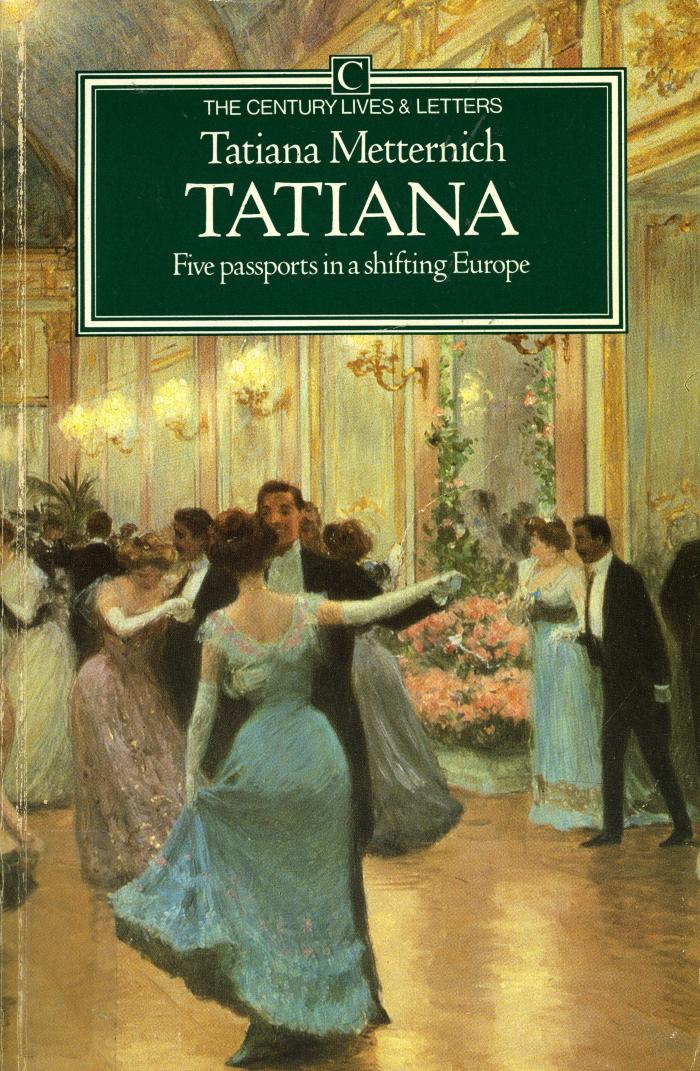 Find or request this item
Tatiana : five passports in a shifting Europe
Call No: 947.08 M59t
Available
Call Number947.08 M59t
Dates1988; ©1976
Statement of ResponsibilityTatiana Metternich.
Creators & ContributorsMetternich, Tatiana, Fürstin von Metternich-Winneburg (author)
Metternich, Tatiana, Fürstin von Metternich-Winneburg (subject)
Summary"Born Princess Tatiana Wassiltchikoff, her first memories are of herself as a small child in St Petersburg in the closing years of Tsarist Russia, a world of English nannies, of comfort, space and beauty, about to be shattered by war and revolution. She and her family escaped aboard the Princess Ena, sent by King George V to rescue his aunt, to begin a new nomadic and often destitute life of emigration, travelling across Europe, to her father's estates in Lithuania. 1939 found her witnessing the horrors of Germany's invasion of Poland, before settling in Berlin, attached to the German Foreign Office, where she would meet and fall in love with her husband, Prince Paul Metternich. Her account of life within the Reich is graphic in its description of the horror and deprivation endured by the civilian population, and sharply critical of the Nazi regime. With her husband sent to the Russian front, her description of the nightmare years of the war are vividly conveyed, as are the dangerous months surrounding the Hitler assassination plot of July 1944." —Publisher of a different edition
Contents
Physical Description x, 320 pages, 8 unnumbered pages of plates : illustrations, portraits ; 22 cm
Carrier Typevolume
LanguageEnglish
PublisherLondon : Century
SeriesThe Century lives and letters
NotesOriginally published: London : Heinemann, 1976
Permalinkhttps://collections.vhec.org/Detail/objects/6295