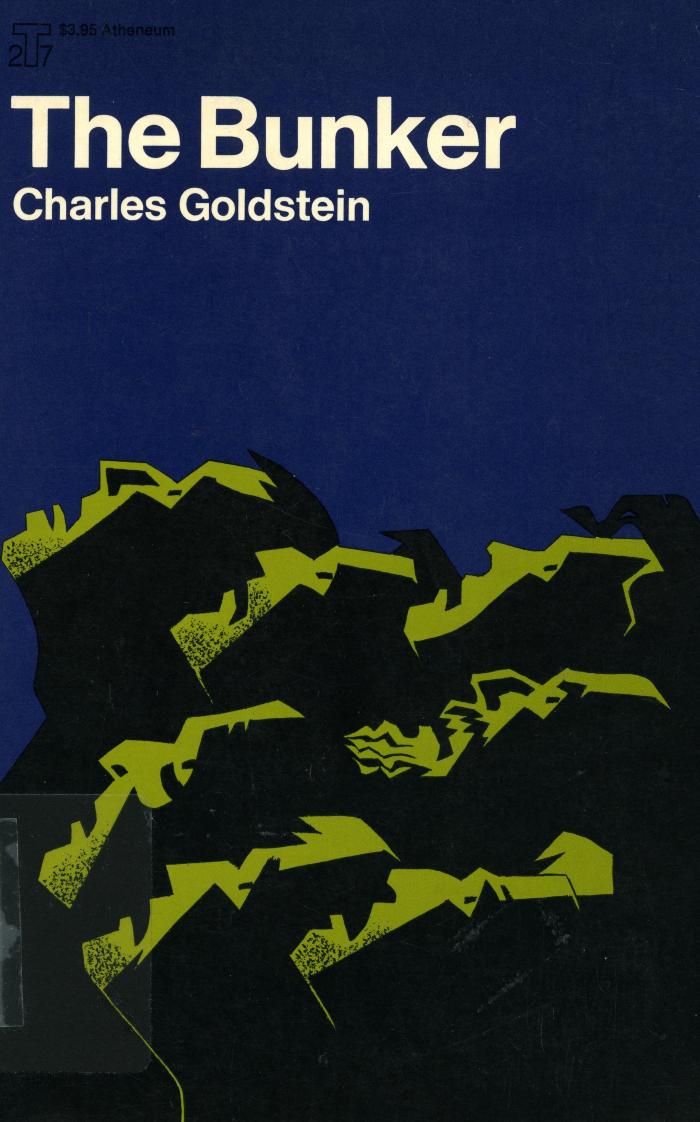 Find or request this item
The bunker
Call No: 943.8053 G62b
Available
Call Number943.8053 G62b
Dates1973; ©1970
Statement of ResponsibilityCharles Goldstein ; translated from the French by Esther Malkin ; with an introduction by William Glicksman.
Creators & ContributorsGoldstein, Charles (author)
Malkin, Esther (translator)
Glicksman, William (contributor)
Goldshṭeyn, Ḥayem Itsl (subject)
SummaryIn August 1944 the Warsaw uprising, set in motion by the underground Polish army led by Bor-Komorowski, was nearing its end. Among those who had participated in that uprising were Jews who had somehow survived the 1943 Warsaw Ghetto rebellion and had been living in places of concealment inside or outside the ghetto, or masquerading illegally as Poles.

"In these last days of the battle," writes Charles Goldstein, one of the Jews who took part in that 1944 uprising, "the Warsaw insurgents have stopped resisting seriously. They know they are going to surrender to the Germans, that all the combatants will be taken prisoner.

"The fate of the Jews is quite different. They are killed on the spot by the Germans."

Building Number 8, Franciskanska Street, had been held for many weeks by a Jewish unit. Six men and one woman comprised that unit. They succeeded in escaping the roundup and massacre of Jews that followed the Warsaw uprising by hiding in a bunker carved out of the debris of that shattered building. Inside the darkness of that bunker they built a strange kind of life for themselves, all the time waiting and hoping for the advent of the Russian Army.

Charles Goldstein was one of those seven Jews. From about September 1944 until January 1945 he lived with six others under inconceivable conditions. Yet they survived. How they managed this is told in The Bunker, a quietly magnificent account of seven people who created a small world of dignity and humanity in the face of awesome horror. —Back cover
Physical Description 262 pages ; 21 cm
Carrier Typevolume
LanguageEnglish, Translated from the French by Esther Malkin
PublisherNew York : Atheneum
EditionFirst Atheneum Edition
SeriesTemple book ; T27
Notes
RecognitionGifted in 1997 by Ronnie Tessler
Permalinkhttps://collections.vhec.org/Detail/objects/6359