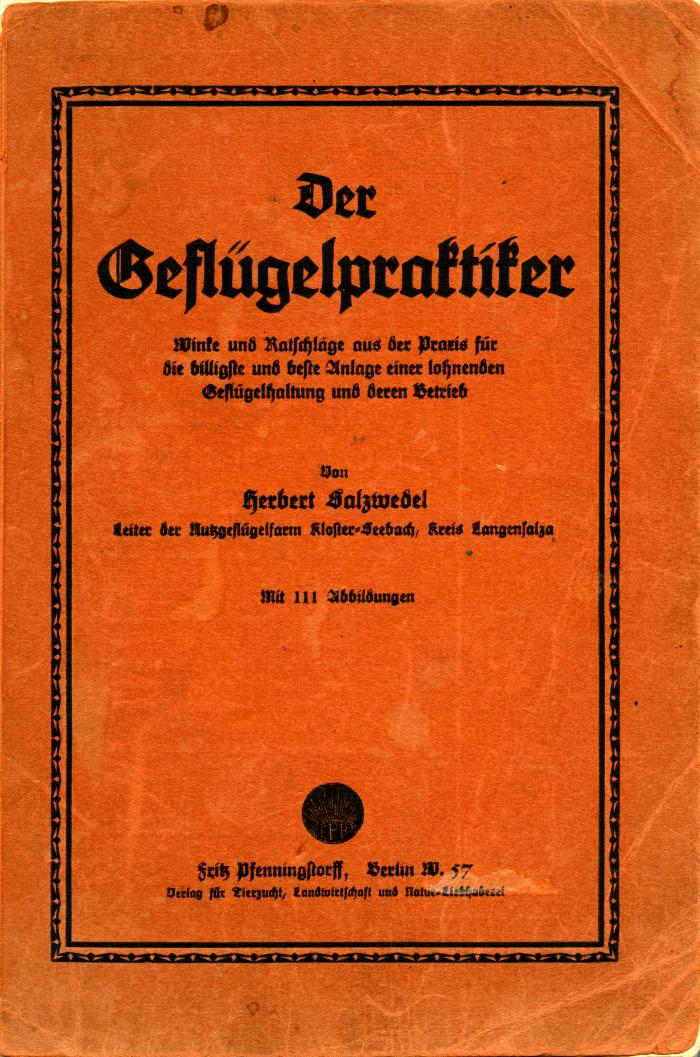 Julia died September 22, 1979, in Ottawa; Leo on June 2, 1985. Rosa died March 17, 1994.
Extent & Medium1 book : 9.5 x 13.4 cm
Scope & ContentItem is a book in German with black and white photographs on the subject of poultry breeding.
LanguageGerman
Physical Characteristics and Technical RequirementsThe book is damaged and incomplete. last page is 176. Back cover missing.
Archival HistoryRecords maintained by Rosa Baltuch after the deaths of Leo and Julie Schmucker and until her death in 1994. Records maintained by family friend, Micha Menczer, until their donation to the VHEC in 2010.
Part ofBaltuch, Schmucker family collected books series
Permalinkhttps://collections.vhec.org/Detail/objects/6465