Home > Library > May your memory be love : the story of Ovadia Baruch 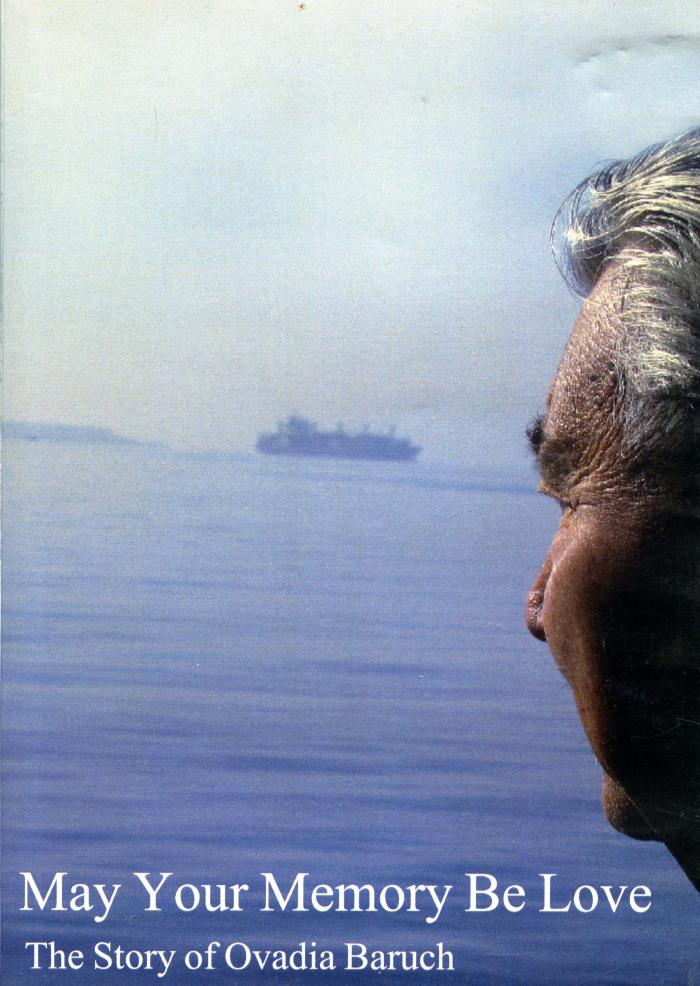 May your memory be love : the story of Ovadia Baruch

Find or request this item
May your memory be love : the story of Ovadia Baruch
Call No: Videos B
Available
Call NumberVideos B
Dates2008
Statement of Responsibilityproduced by The International School for Holocaust Studies, Yad Vashem and The Center for Multimedia Assisted Instruction, The Hebrew University of Jerusalem ; Director and film editor, Zvi Nero ; head producer, Lea Prawer.
Creators & ContributorsNevo, Zvi (director)
Nevo, Zvi (editor)
Prawer, Lea (producer)
International School for Holocaust Studies at Yad Vashem (contributor)
Universiṭah ha-ʻIvrit bi-Yerushalayim (contributor)
Adelson Family Foundation (contributor)
Barukh, ʻOvadyah (subject)
Summary"In March 1943, twenty-year-old Ovadia Baruch was deported together with his family from Greece to Auschwitz-Birkenau. Upon arrival, his extended family was sent to the gas chambers. Ovadia struggled to survive until his liberation from the Mauthausen concentration camp in May 1945. While in Auschwitz, Ovadia met Aliza Tzarfati, a young Jewish woman from his hometown, and the two developed a loving relationship despite inhuman conditions. This film depicts their remarkable, touching story of love and survival in Auschwitz, a miraculous meeting after the Holocaust and the home they built together in Israel. This film is part of the 'Witnesses and Education' project, a joint production of the International School for Holocaust Studies and the Multimedia Center of the Hebrew University of Jerusalem. In this series, survivors recount their life stores—before, during and after the Holocaust. Each title is filmed on location, where the events originally transpired." —Container
Physical Description 1 videodisc (47 minutes) : sound, colour ; 4 3/4 inches
Carrier Typevideodisc (DVD)
LanguageHebrew, Subtitles in English.
PublisherIsrael : Yad Vashem : International School for Holocaust Studies : Center for Multimedia Assisted Instuction, Hebrew University of Jerusalem
SeriesWitnesses and Education
Permalinkhttps://collections.vhec.org/Detail/objects/6738