Home > Library > Account rendered : a dossier on my former self 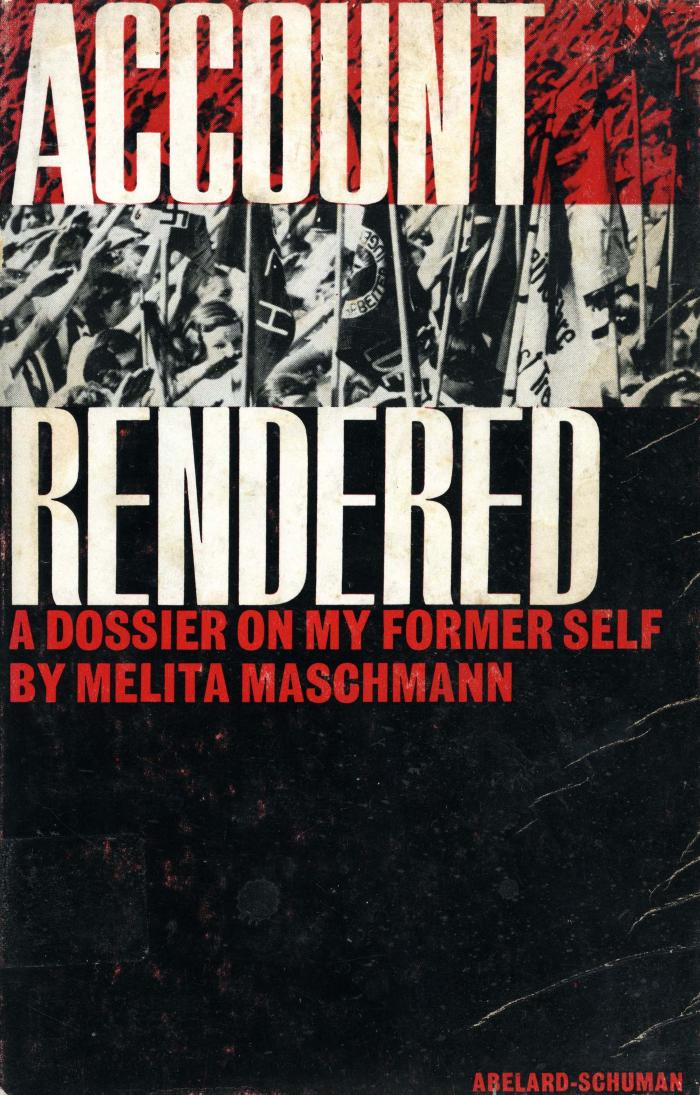 Find or request this item
Account rendered : a dossier on my former self
Call No: 943.086 M39a
Available
Call Number943.086 M39a
Dates1964; ©1964
Statement of Responsibilityby Melita Maschmann ; translated by Geoffrey Strachan ; with a foreword by Lord Russell of Liverpool.
Creators & ContributorsMaschmann, Melita (author)
Strachan, Geoffrey (translator)
Russell of Liverpool, Edward Frederick Langley Russell, Baron (contributor)
Maschmann, Melita (subject)
Bund Deutscher Mädel (subject)
Summary"In January 1933, when Adolf Hitler seized power in Germany, Melita Maschmann was a schoolgirl of fifteen—intelligent, good natured, idealistic, her education only half completed. A pleasant, very ordinary girl. Before she was twenty-five, she had become head of the press department of the Bund Deutscher Mädel, the girls' section of the Hitler Youth; a high-ranking, trusted member of the Nazi elite, a blindly dedicated servant of the most terrifying mass murder machine in history... Melita Maschmann's story is one of the most important and frightening documents of our time. It not only shows for the first time how millions of individually very normal, stable people can be led into mass insanity, but also how the madness remains as a canker in the mind after it has been destroyed as a collective force; an enduring problem and a warning to those who would build a new world." —Book jacket
Physical Description 223 pages ; 22 cm
Carrier Typevolume
LanguageEnglish, Translated from the German by Geoffrey Strachan.
PublisherLondon : Abelard-Schuman
NotesTranslation of: Fazit
RecognitionGifted in 2016 by David Albaum
Permalinkhttps://collections.vhec.org/Detail/objects/6922