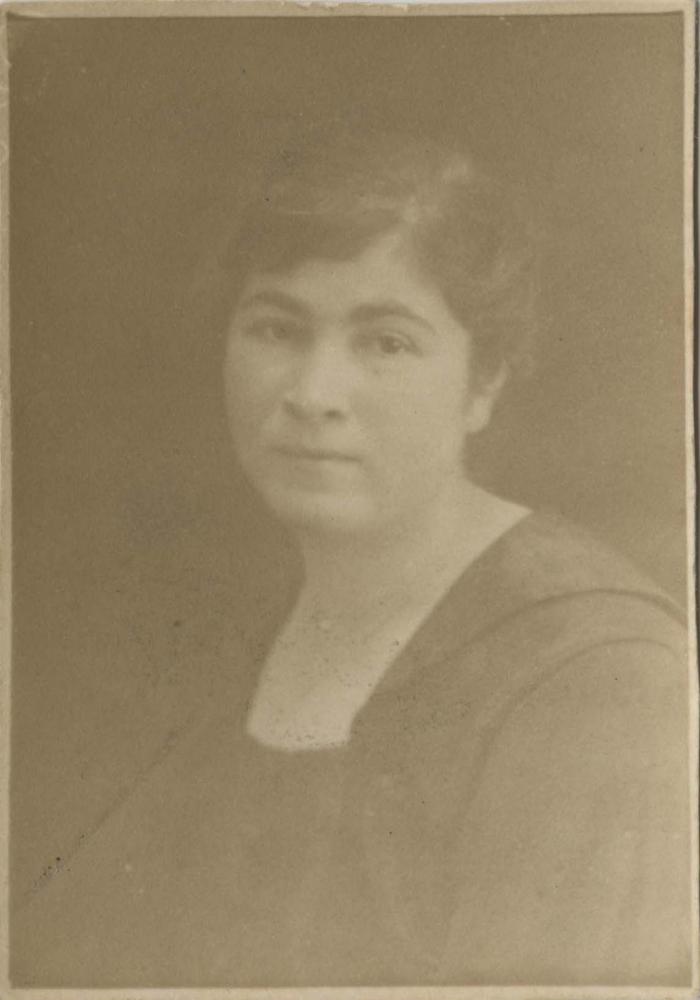 In the late 1990s, Bert and Molly moved to Ottawa to live closer to family. Bert spoke at schools, clubs and cultural organizations about his life experience in Vienna, his escape to England on a Kindertransport train and his life as an enemy alien in Canada. He was a committed philanthropist who donated to many charitable organizations. Bert Knoll died March 6, 2015, in Ottawa. Molly Knoll died June 27, 2007, in Ottawa. They are buried in the Mt. Pleasant Cemetery (Young Israel of Chomedey section) in Montée St-François, QC. Bert and Molly had two children, Joel and Jeff.
Extent & Medium1 photograph : black and white ; 8.3 x 6.2 cm
Scope & ContentItem is a photograph of Regina Knoll. Written on back: “N 76/3 PP/Fri 12.”
Part ofKnoll, Klein family photographs series
Permalinkhttps://collections.vhec.org/Detail/objects/6987