Home > Library > Sons and soldiers : the untold story of the Jews who esca... 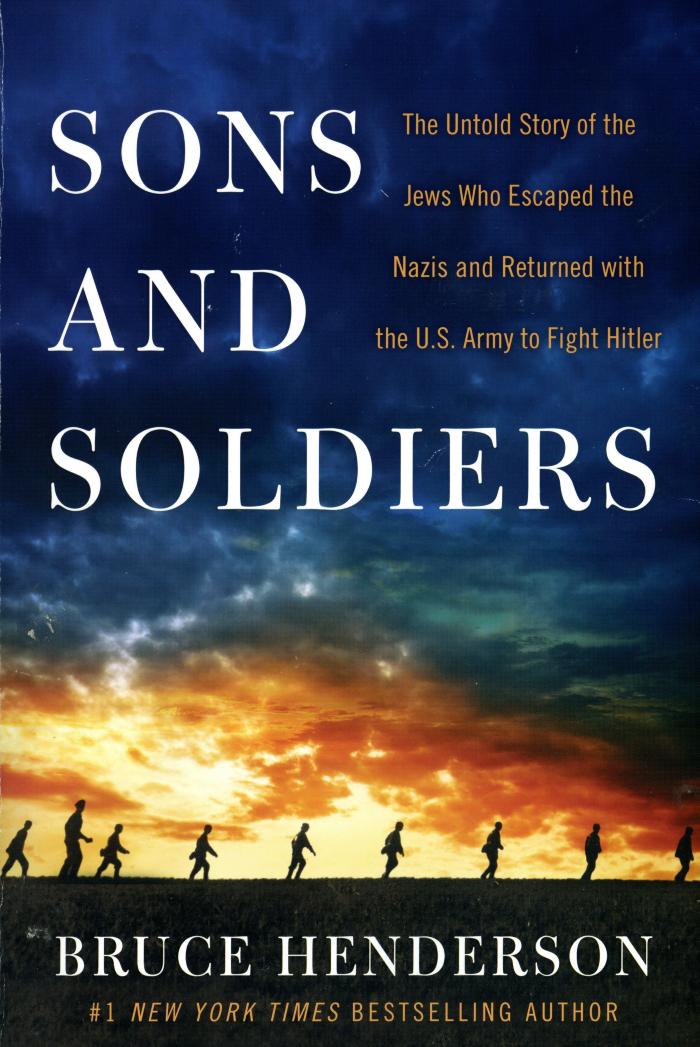 Sons and soldiers : the untold story of the Jews who escaped the Nazis and returned with the U.S. Army to fight Hitler

Find or request this item
Sons and soldiers : the untold story of the Jews who escaped the Nazis and returned with the U.S. Army to fight Hitler
Call No: 940.541273 H49s
Available
Call Number940.541273 H49s
Dates[2017]; ©2017
Statement of ResponsibilityBruce Henderson.
Creators & ContributorsHenderson, Bruce B. (author)
Summary"As Jewish families were trying desperately to get out of Europe during the menacing rise of Hitler's Nazi party, some chose to send their young sons away to uncertain futures in America, perhaps never to see them again. As these boys became young men, they were determined to join the fight in Europe. In 1942, the U.S. Army unleashed one of its greatest secret weapons in the battle to defeat Adolf Hitler: training nearly 2,000 of these German-born Jews in special interrogation techniques and making use of their mastery of the German language, history, and customs. Known as the Ritchie Boys after the Maryland camp where they were trained, they were sent in small, elite teams to join every major combat unit in Europe, where they interrogated German POWs and gathered crucial intelligence that saved American lives and helped win the war. Though they knew what the Nazis would do to them if they were captured, the Ritchie Boys eagerly joined the fight to defeat Hitler. As they did, many of them did not know the fates of their own families left behind in occupied Europe. Taking part in every major campaign in Europe, they collected key tactical intelligence on enemy strength, troop and armored movements, and defensive positions. A postwar Army report found that more than sixty percent of the credible intelligence gathered in Europe came from the Ritchie Boys. Bruce Henderson draws on personal interviews with many surviving veterans and extensive archival research to bring this chapter of the Second World War to light." —Publisher
ContentsPrologue: Germany 1938