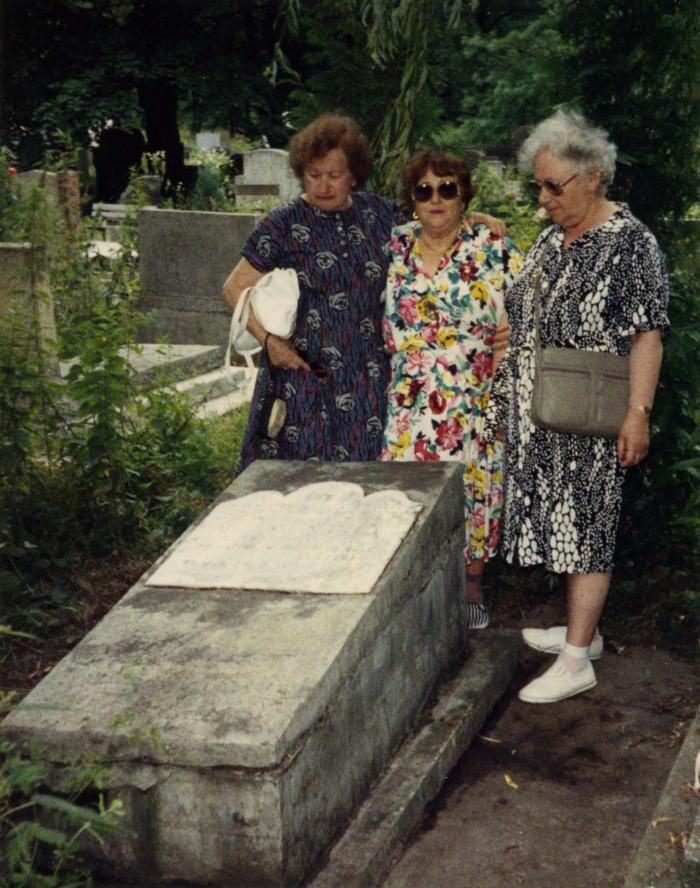 [Photograph of Gina Dimant, Dora Wejgsman and Toba Last] 1990
Access Points
Friendship
Survivors
Rights
Conditions on Use
Materials available for research and education purposes only.
Conditions on Reproduction and Publications
Permission to publish, copy or otherwise use these materials must be obtained from the VHEC.
Licensing

Alexander died March 9, 1998, in Vancouver. Saul died May 1, 2002 in Vancouver. Gina lives in Vancouver.
Extent & Medium1 photograph : colour ; 9 x 11.5 cm
Scope & ContentItem is a photograph of Gina Dimant, Dora Wejgsman and Toba Last at the grave of Etel Wejsman in Warsaw. Toba Last was a childhood friend of Gina’s, an Auschwitz survivor. Toba Last left Poland after the Second World War to live in Israel; she found Gina in Vancouver and they reunited after fifty years apart.
Part ofWejgsman family photographs
Permalinkhttps://collections.vhec.org/Detail/objects/7264