Home > Library > In broad daylight : the secret procedures behind the Holo... 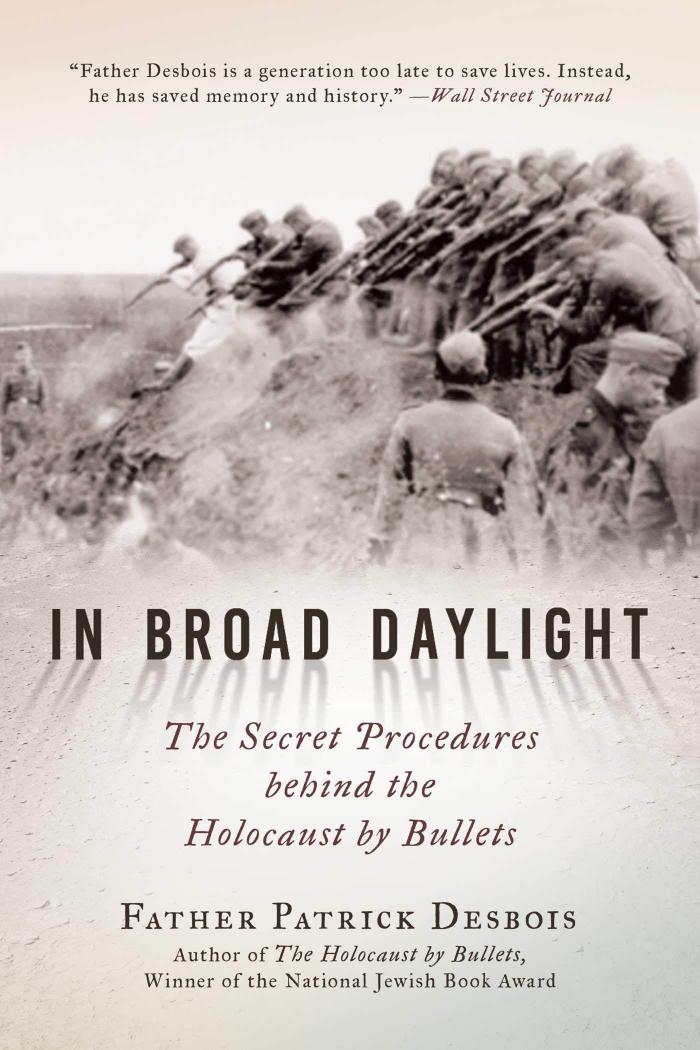 In broad daylight : the secret procedures behind the Holocaust by bullets

Find or request this item
In broad daylight : the secret procedures behind the Holocaust by bullets
Call No: 947.708 D44i
Available
Call Number947.708 D44i
Dates[2018]; ©2018
Statement of ResponsibilityFather Patrick Desbois ; with an historical introduction by Andrej Umansky ; translated from the French by Hilary Reyl and Calvert Barksdale.
Creators & ContributorsDesbois, Patrick (author)
Umansky, Andrej (contributor)
Reyl, Hilary (translator)
Barksdale, Calvert (translator)
Summary"In Holocaust by Bullets, Father Patrick Desbois documented for the first time the murder of 1.5 million Jews in Ukraine during World War II, based on wartime documents, interviews with locals, and the application of modern forensic practices on long-hidden gravesites. Nearly a decade of further work by his team, drawing on interviews with 5,000 neighbors of the Jews, has resulted in stunning new findings about the extent and nature of the genocide. The mass killings took place across the Eastern Front, in seven countries formerly part of the Soviet Union invaded by Nazi Germany. They followed a secret template, or repeatable script, that included a timetable and involved local inhabitants in the mechanics of death to ensure complicity, whether it was to cook for the killers, to clear, dig, and cover the graves, to witness their Jewish neighbors being marched off, or to take part in the slaughter. Narrating in lucid, powerful prose that has the immediacy of a crime report, Father Desbois assembles a chilling account of how, concretely, these events took place in village after village, from the selection of the date to the twenty-four-hour period in which the mass murders unfolded." —Publisher
ContentsHistorical Introduction / Andrej Umansky
Introduction

The Holocaust by bullets : a priest's journey to uncover the truth behind the murder of 1.5 million Jews
People