Home > Archives > [Daughter of another family with whom Sorensen hid] 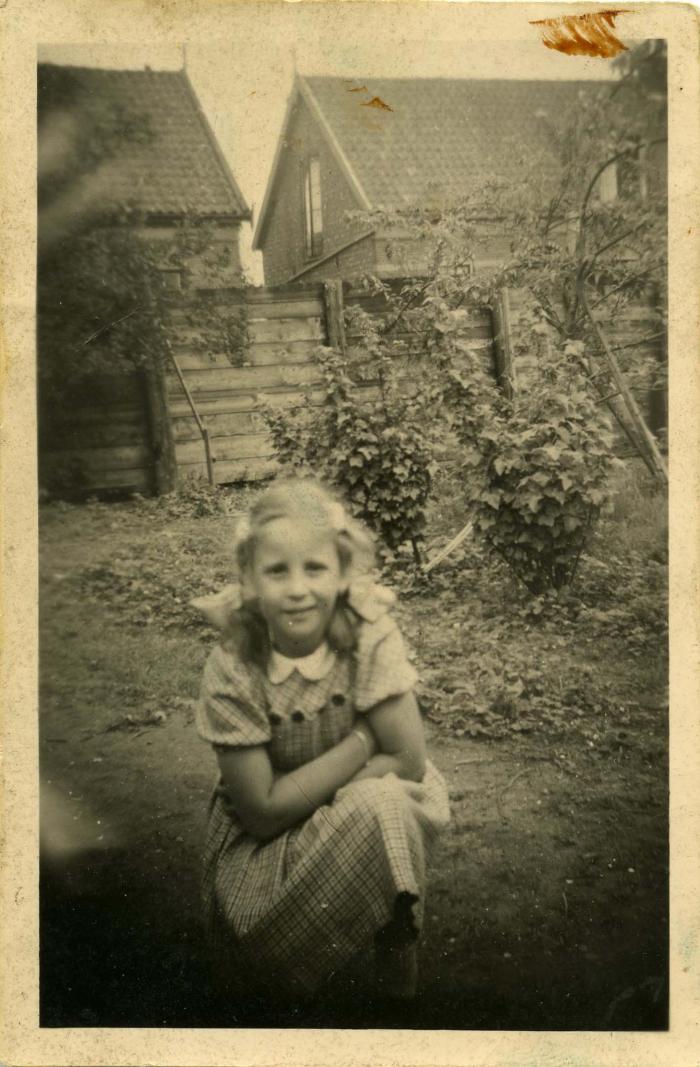 [Daughter of another family with whom Sorensen hid]

Resource TypeStill Images
Title NoteThe supplied title proper is based on information provided by a post-it note attached to the verso of the photograph.
Date of Creation[ca. 1943]
GenrePhotographs
Identifier2019.047.036
CreatorStein Sorensen, Louise
Location in CollectionLouise Stein Sorensen fonds > Photographs
Administrative/Biographical HistoryLouise Stein Sorensen was born in Rotterdam on February 12, 1929 to Isidor Stein and Marianne (Jeanne) van Dam. Her sister, Eleonore, was born in 1923. Sorensen’s immediate family moved from Rotterdam to Amsterdam in 1936.

Louise Stein Sorensen graduated from the University of Amsterdam with a degree in Social Psychology in 1956. She married Eigil (Ike) Kaergaard Sorensen in her home town in January 1959. Shortly thereafter, she moved to British Columbia with her husband, a Danish immigrant who already resided there. They had two sons and three grandsons. Sorensen has been an outreach speaker for the Vancouver Holocaust Education Centre since 1985 and was a VHEC board member for ten years. Additionally, she was a member of the Gesher Project, a group of survivors and children of survivors who met regularly to create painting, writing and discussion about the Holocaust. Sorensen is a founding member of the VHEC’s child survivor group and a member of the board of the World Federation of Child Survivors of the Holocaust.
Extent & Medium1 photograph : original ; b&w ; 9.2 x 6 cm
Scope & ContentItem is a photograph of the daughter of another family with whom Sorensen hid.
Caption, signatures and inscriptionsThere is an indecipherable inscription handwritten in pencil on the photograph’s verso. “RIDAX” is machine printed in black or blue ink diagonally across the verso side of the photo; it has become very faded with time. A small, yellow post-it note is adhered to the verso of the photograph with “daughter of another family Louise hid with” handwritten in pencil.
Physical Characteristics and Technical RequirementsThe photo shows signs of aging and handling. The paper presents signs of aging through the yellowing of the paper. Displays of handling include minor folds and scratches, a brown stain measuring 1cm in the top right corner of the recto, a tiny brown stain on the roof of the house towards the middle of the recto, as well as obvious discoloration to both the recto and verso, perhaps from transferred dirt and ink.
Part ofPhotographs
Permalinkhttps://collections.vhec.org/Detail/objects/7742