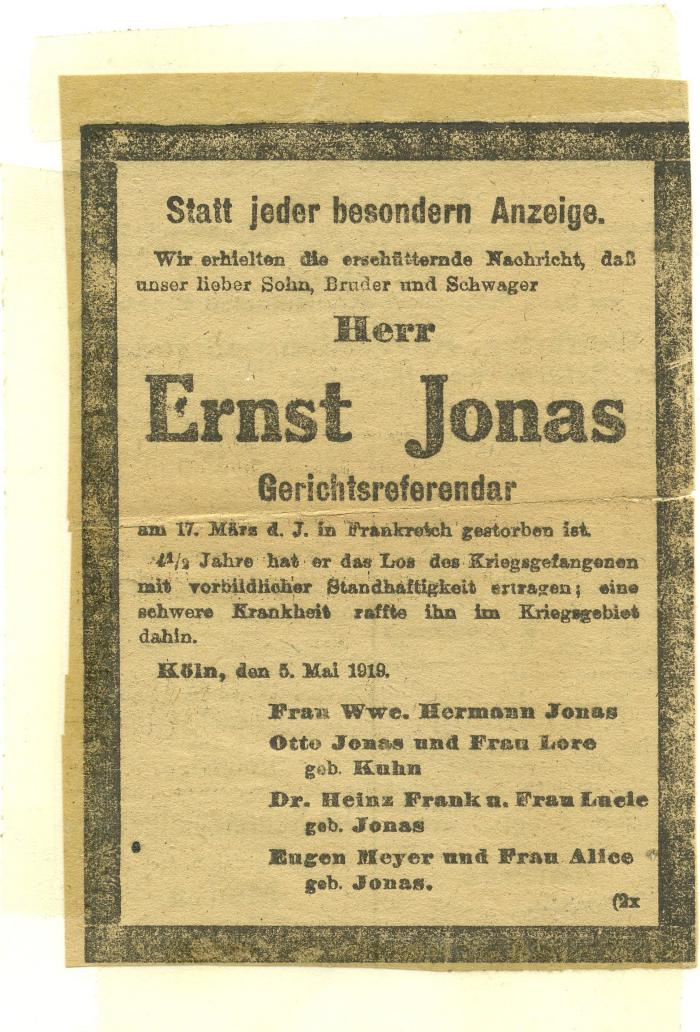 They settled in Vancouver, BC, where Paul and Max started a pottery business and their mother, Alice, worked for the Red Cross. In 1954, Paul returned to Cologne and visited the former location of his family’s lace business, on Apostelnstrasse II. The original building was damaged but the basement remained intact. Paul retrieved samples and other materials produced by M. Meyer & Co. in the basement and brought these materials back to Vancouver.
Extent & Medium1 clipping
Scope & ContentItem is a clipping taken from a Köln newspaper announcing the death of Ernst Jonas.
LanguageGerman
Physical Characteristics and Technical RequirementsThe item has a 5.5 cm tear running along the center of the clipping.
Archival HistoryPrevious item number assigned by the VHEC: 96.025.006
Part ofWritings, publications and ephemera series
Permalinkhttps://collections.vhec.org/Detail/objects/7938