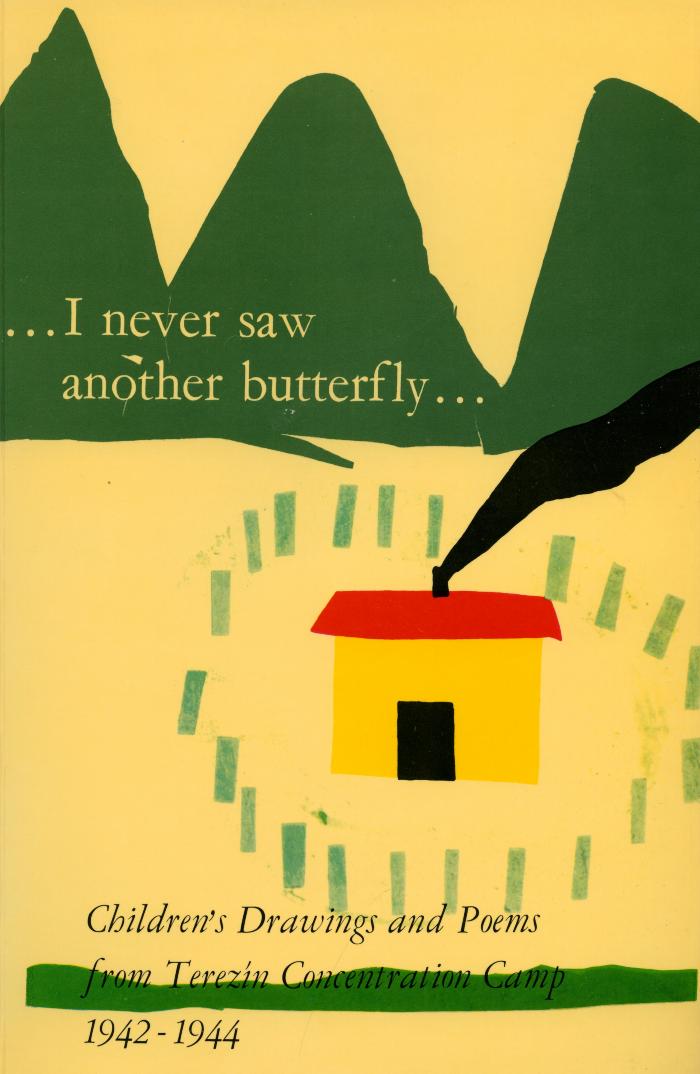 I never saw another butterfly : children's drawings and poems from Terezín concentration camp, 1942–1944

"A total of 15,000 children under the age of 15 passed through the Terezín (Theresienstadt) Concentration Camp between the years 1942 and 1944. Here in this combination of word and image, we see reflected not only the daily misery of these uprooted children, but a degree of courage and optimism that is their triumph. Because Terezín served as a kind of way station to Oswiecim (Auschwitz) and other extermination centers, it was meant to be a model camp which foreigners could be shown and it was actually called a ghetto. Yet every one of its inhabitants was condemned in advance to die. When the children were herded with their parents into the so-called ghetto, they began to look around the strange world in which they were to live. They saw everything the grown-ups did: the endless queues, the funeral carts and the human beings harnessed to pull them, and the executions. But they saw other things too: the green meadows and bluish hills beyond the village gates, the animals, the birds, the butterflies. All this they secretly drew and painted; all this they described in their poems. These drawings and poems are all that is left of these children. Of those who signed their names to their work, it has been possible to find out a few facts: the year and place of their birth, the number of their transport to Terezín and to Oswiecim, and then the year of their death. For most of them, it was 1944, the next to last year of World War II. The documents collected in this publication have been chosen from the archives of the State Jewish Museum in Prague." —Back cover