Home > Library > Stolen legacy : Nazi theft and the quest for justice at K... 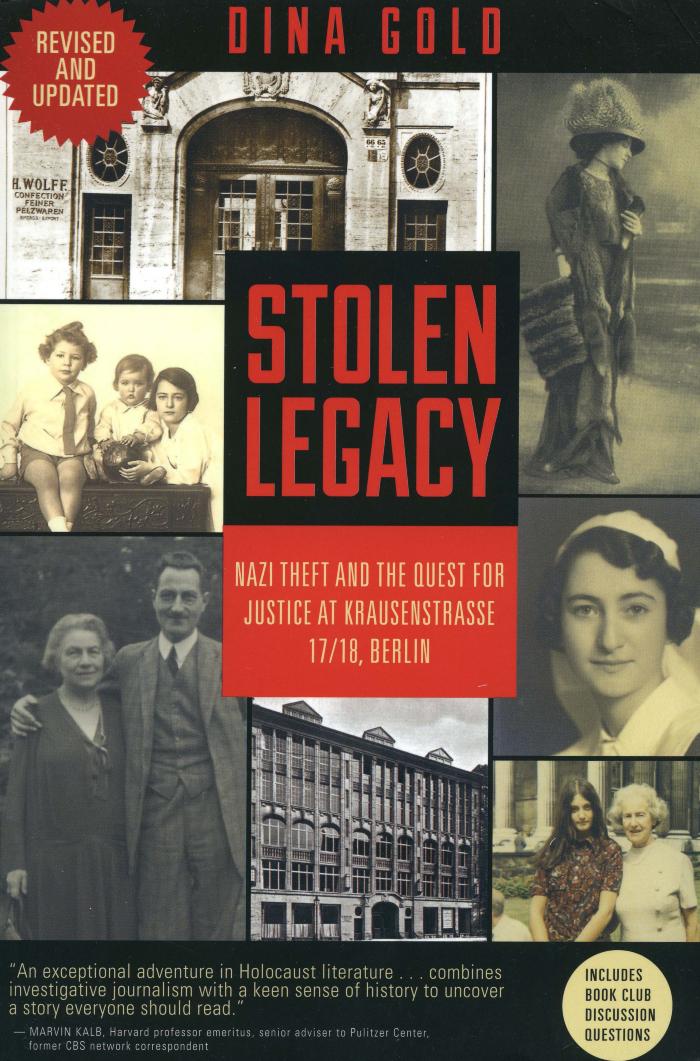 Stolen legacy : Nazi theft and the quest for justice at Krausenstrasse 17/18, Berlin

Find or request this item
Stolen legacy : Nazi theft and the quest for justice at Krausenstrasse 17/18, Berlin
Call No: 940.5314 G61s
Available
Call Number940.5314 G61s
Dates[2016]; ©2015, 2016
Statement of ResponsibilityDina Gold.
Creators & ContributorsGold, Dina (author)
Eizenstat, Stuart (contributor)
Gold, Dina (subject)
Summary"Dina Gold grew up hearing her grandmother’s tales of the glamorous life in Berlin she once led before the Nazis came to power and her dreams of recovering a huge building she claimed belonged to the family—though she had no papers to prove ownership. When the Wall fell in 1989, Dina decided to battle for restitution. Built by Dina’s great grandfather in 1910, the property was the business headquarters of the H. Wolff fur company, one of the largest and most successful in Germany during the early part of the last century. In 1937, the Victoria Insurance Company foreclosed on the mortgage and transferred ownership of Krausenstrasse 17/18 to the Reichsbahn, Hitler’s railways, that later transported millions of Jews across Europe to the death camps. The Victoria, headed then by a German businessman and lawyer with connections to the very top of the Nazi Party, is still today one of Germany’s leading insurance companies. But during the war it was part of a consortium insuring workshops at Auschwitz. When the Third Reich was defeated in 1945 the building lay in the Soviet sector—just past Checkpoint Charlie—and beyond legal reach. Stolen Legacy is the story of how the Nazis deprived a once prominent Berlin Jewish family of their landmark building—and the fight to reclaim it. This updated edition includes new evidence from archives in the United States, Germany, and Britain about the Victoria's wartime chairman who, post-war, received national and academic honors." —Back cover
ContentsForeword / Ambassador Stuart E. Eizenstat
Cast of characters
Glossary
Map
The building
Prologue