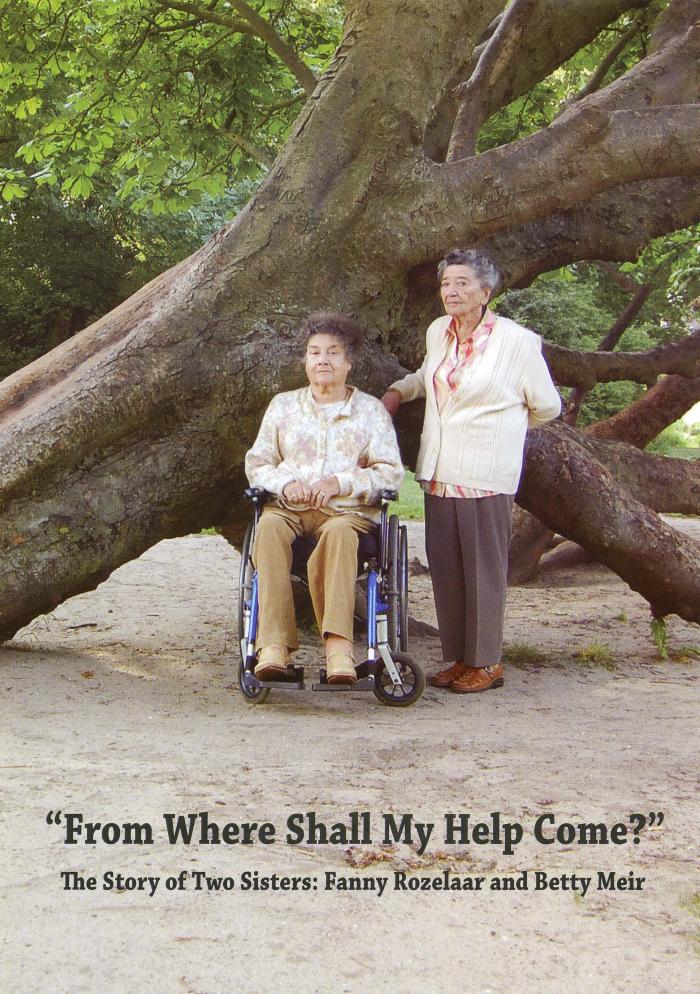 "From where shall my help come?" : the story of two sisters : Fanny Rozelaar and Betty Meir

Find or request this item
"From where shall my help come?" : the story of two sisters : Fanny Rozelaar and Betty Meir
Call No: Videos F
Available
Call NumberVideos F
Dates2010
Statement of Responsibilityproduced by The International School for Holocaust Studies at Yad Vashem and The Center for Multimedia Assisted Instruction, Hebrew University of Jerusalem ; cameraman and editor, Tsvi Nevo ; executive producer, Lea Prawer.
Creators & ContributorsNevo, Tsvi (editor)
Prawer, Lea (producer)
International School for Holocaust Studies at Yad Vashem (producer)
Universiṭah ha-ʻIvrit bi-Yerushalayim (producer)
Yad ṿa-shem, rashut ha-zikaron la-Shoʼah ṿela-gevurah (contributor)
Rozelaar, Fanny (subject)
Meir, Betty (subject)
Summary"This film depicts the story of central-European Jewry during the Holocaust era, as experienced by two sisters: Franny Rozelaar and Betty Meir (née Ichenhäuser), born in Frankfurt am Main, Germany. Following the Nazi rise to power in 1933, and with the growing anti-Jewish measures in Nazi Germany, Fanny, born in 1919, was ejected from her school. The family left Germany, settling in Amsterdam, Netherlands. Fanny married Marc Rozelaar days after the German conquest of the Netherlands. In 1942, Fanny gave birth to their child, Uri, who was given away for hiding, while she and her husband went into hiding north of Amsterdam. The parents did not see their child until the end of the war. Fanny later gave birth to two more children, and in 1952 the family immigrated to Israel, where she worked for many years as a tour guide. Born in 1923, Betty, who had studied nursing in Amsterdam, stayed behind to care for her mother, who could not adjust to life in hiding. The two were sent to Westerbork and later to Bergen-Belsen, where Betty worked as a nurse and thus managed to save her mother. Towards the end of the war, the two were released to Switzerland, as part of a prisoner exchange. At war's end, the two reached Marseilles, and from there, Algeria. Betty immigrated to Israel in 1945, completed her training and becoming a certified nurse, married, and gave birth to a daughter." —Container
Physical Description 1 videodisc (approximately 60 min.) : sound, color with black and white sequences ; 4 3/4 in.
Carrier Typevideodisc (DVD)
LanguageHebrew, with English subtitles.
PublisherJerusalem : Hebrew University of Jerusalem, Multimedia Center ; Yad Vashem, The International School for Holocaust Studies
SeriesWitnesses and education
Permalinkhttps://collections.vhec.org/Detail/objects/8310