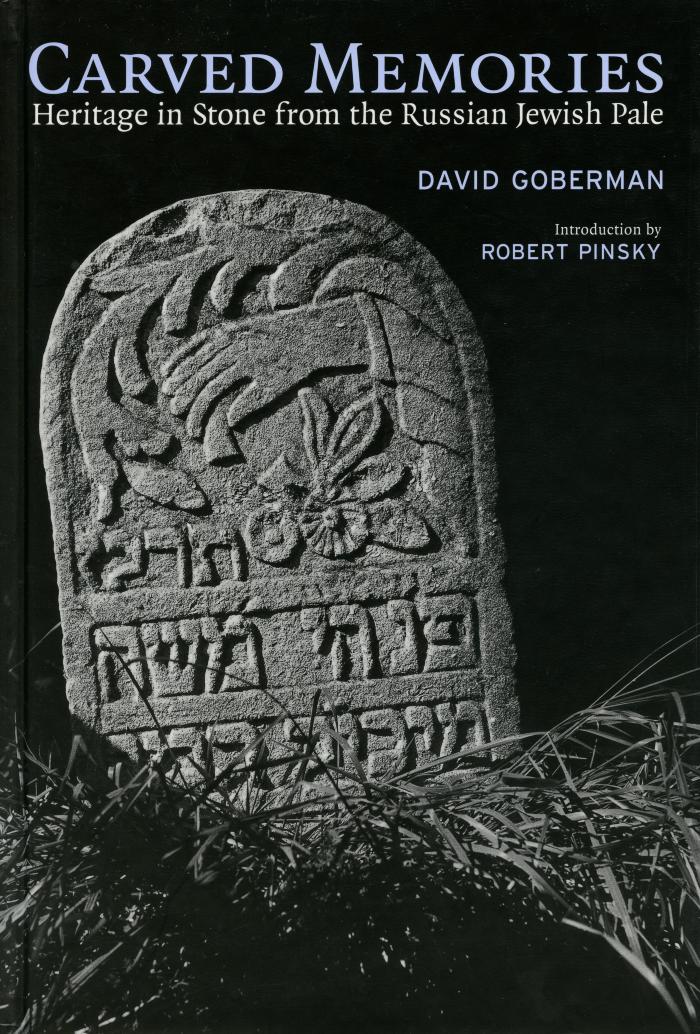 Carved memories : heritage in stone from the Russian Jewish Pale

Find or request this item
Carved memories : heritage in stone from the Russian Jewish Pale
Call No: 947 G57c
Available
Call Number947 G57c
Dates2000; ©2000
Statement of ResponsibilityDavid Goberman ; introduction by Robert Pinsky ; essay by Gershon Hundert.
Creators & ContributorsGoberman, David Noevich (author)
Pinsky, Robert (contributor)
Hundert, Gershon David (contributor)
Summary"For more than a century, Russian Jews were restricted to residence in the western provinces of Russia, the so-called Pale of Settlement. In this fascinating volume, 125 duotone photographs document the carved tombstones of this region, specifically present-day Ukraine and Moldova. The stones are poignant memorials to the lost world of the shtetl and practically all that remain of a major Jewish art tradition. They are also unique genealogical records for Americans descended from Russian Jewry. The photographs, made by the artist and photographer David Goberman from the 1930s through the 1960s, are in many cases the sole documentation of tombstones that have been effaced or destroyed. An introduction by Robert Pinsky resonates with the once-vibrant culture of Eastern Jewry. Essays by Goberman and Gershon Hundert, an expert on the history of Jewish life in Russia, place the tombstones in their artistic and cultural setting, and explain the Jewish traditions surrounding their creation. The images are organized by the regions where the cemeteries are located, and captions include translations of the Hebrew and Yiddish inscriptions on the stones." —Publisher
Contents