Home > Library > The Holocaust : the Nazi destruction of Europe's Jews 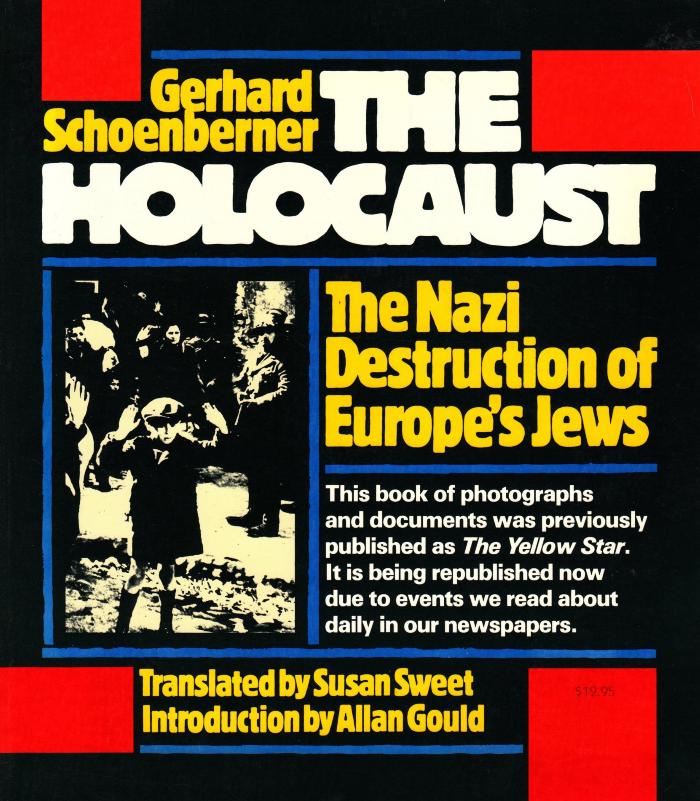 The Holocaust : the Nazi destruction of Europe's Jews

Find or request this item
The Holocaust : the Nazi destruction of Europe's Jews
Call No: 940.5318 S36h (in processing)
Unavailable
Call Number940.5318 S36h (in processing)
Dates1985; ©1985
Statement of ResponsibilityGerhard Schoenberner ; translated from the German by Susan Sweet ; with a new introduction by Allan Gould.
Creators & ContributorsSchoenberner, Gerhard (author)
Sweet, Susan (translator)
Gould, Allan (contributor)
Summary"First published under the title The Yellow Star, this is a revised and enlarged edition of the book, with a new introduction by Allan Gould... This collection, gathered together by a German journalist, shows in vivid and painful detail the truth about the Nazi treatment of the Jews. Persecution takes on new meaning for the reader, who witnesses the terror in Hitler's pre-war Germany, the misery of the Polish ghettos, the wholesale shootings in the Soviet Union, the deportations from all countries of occupied Europe, the massacre in the death camps, the rebellion and destruction of the Warsaw ghetto, and the liberation of the concentration camps by the Allied forces in the Spring of 1945." —Back cover
Contents