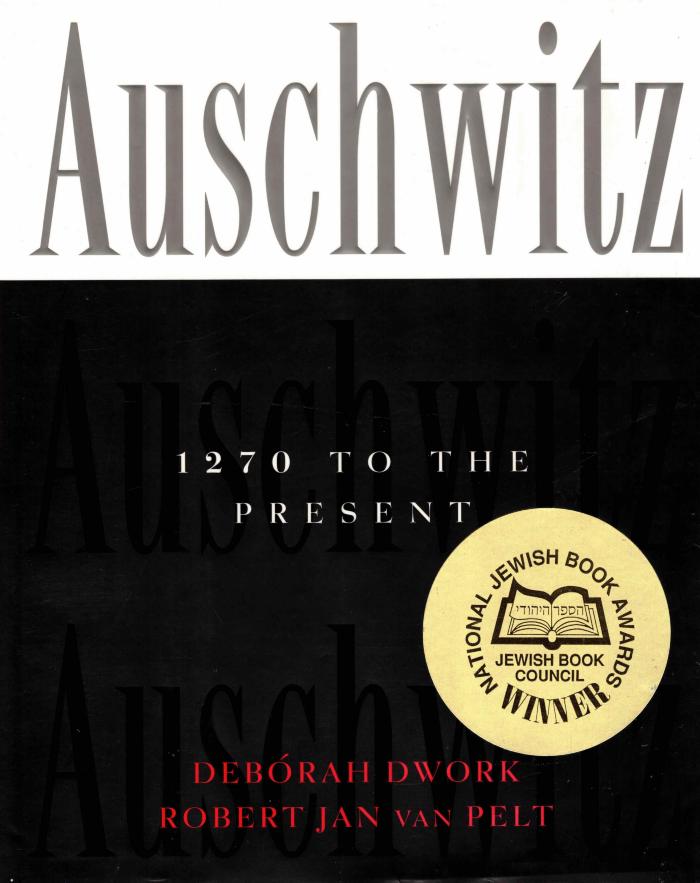 Auschwitz, 1270 to the present

Find or request this item
Auschwitz, 1270 to the present
Call No: 940.5317 A932dw 1996 (in processing)
Unavailable
Call Number940.5317 A932dw 1996 (in processing)
Dates[1996]; ©1996
Statement of ResponsibilityDebórah Dwork & Robert Jan van Pelt.
Creators & ContributorsDwork, Deborah (author)
Pelt, R. J. van (Robert Jan) (author)
Interessengemeinschaft Farbenindustrie Aktiengesellschaft (related)
Summary"Auschwitz, 1270 to the Present elucidates how the prewar ordinary town of Auschwitz became Germany's most lethal killing site step by step and in stages: a transformation wrought by human beings, mostly Germany and mostly male. Who were the men who conceived, created, and constructed the killing facility? What were they thinking as they inched their way to iniquity? Using the hundreds of architectural plans for the camp that the Germans, in their haste, forgot to destroy, as well as blueprints and papers in municipal, provincial, and federal archives, Debórah Dwork and Robert Jan van Pelt show that the town of Auschwitz and the camp of that name were the centerpiece of Himmler's ambitious project to recover the Germany legacy of the Teutonic Knights and Frederick the Great in Nazi-ruled Poland. Analyzing the close ties between the 700-year history of the town and the five-year evolution of the concentration camp in its suburbs, Dwork and van Pelt offer an absolutely new and compelling interpretation of the origins and development of the death camp at Auschwitz. And drawing on oral histories of survivors, memoirs, depositions, and diaries, the authors explore the ever more murderous impact of these changes on the inmates' daily lives." —Book jacket
ContentsPart One. Nostalgia and Fulfillment Part Two. Ambition and Perdition Epilogue. Owning and Disowning Auschwitz
Physical Description 443 pages, 24 unnumbered pages of plates : illustrations, maps, plans ; 25 cm
Carrier Typevolume
LanguageEnglish
PublisherNew York : W. W. Norton & Company
EditionFirst Edition
Notes
Permalinkhttps://collections.vhec.org/Detail/objects/8971